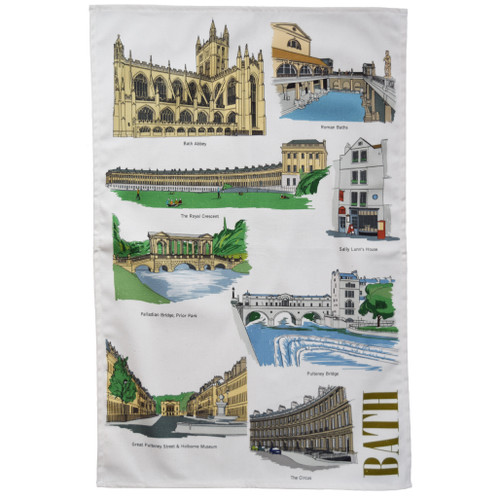 Bath is a city with a Royal touch. Wander the streets and you will likely be amazed at the splendour and beauty on show throughout this World Heritage City. Its beautifully preserved Georgian architecture constructed with oolitic limestone whose warm, honey colouring gives the city its distinctive appearance. Its Royal Crescent and Circus are regarded as pre-eminent examples of this style. As is the Pulteney Bridge across the River Avon which is remarkably one of only four bridges in the world to have shops across its full span on both sides. Amazing for a bridge constructed in 1774!

The city also has a strong Roman presence exhibited in its most magnificent form through the remains of its ancient Bathhouse, one of the greatest religious spas of the ancient world. First constructed as a temple in 60AD, the Baths harness geothermal energy heating rainwater from the nearby Mendip Hills. Though the water has been deemed too dangerous to maintain its original use as a public bathing facility, the Pump Room below continues to provide steaming hot waters as a reminder of the flourishing Roman social spot that once stood here.

Yet it is not just the Georgian and Roman architecture which charm the visitor. The Somerset countryside which surrounds the city is quite delightful, as are the more formal gardens of Prior Park on the outskirts of the city with their elegant Palladian Bridge, the last of three of its kind built in England.

The tranquillity and charm of this city and its surroundings will surely capture your heart, but be careful - you might never leave!