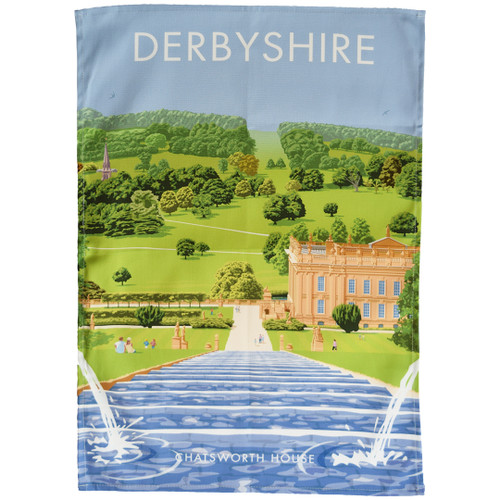 There’s a reason it’s been chosen so many times as Britain’s favourite country house!

Nestled on the banks of the River Derwent, Chatsworth in the Derbyshire Dales is really something else. Dating back to the late 1600s, the house is one of the most important examples of the English Baroque. It’s almost temple-like in style, with classical ionic pilasters and an elaborately-carved pediment. No wonder the house has featured in so many films and television shows, from Stanley Kubrick’s Barry Lyndon to season one of The Crown.

But perhaps more famous than the house itself are the gardens at Chatsworth and the wonderful Cascade – a set of 24 stone-cut steps down which a stream of water flows. Built in 1696, the Cascade was voted England’s best water feature in 2004 – and it’s not hard to see why!