We've sparked 'outrage' and are on page 27 of today's Sun newspaper. A new high point for British tea towels?

It's not every day you get name-checked by the 'glorious' British institution that is the Sun newspaper. Today, Town Towels has made it.

When we launched Town Towels almost a year ago, we didn't think our colourful designs of British towns, cities and countryside would trigger any particular opprobrium - even in the most obscure corners of the internet.

But it turns out you don't have to install a VPN and go crawling the dark web to find people frothing at the mouth at the mere mention of tea towels.

Just head on down to Dorset and meet Conservative MP Chris Loder.

See what you think for yourself (but maybe sit down first?): 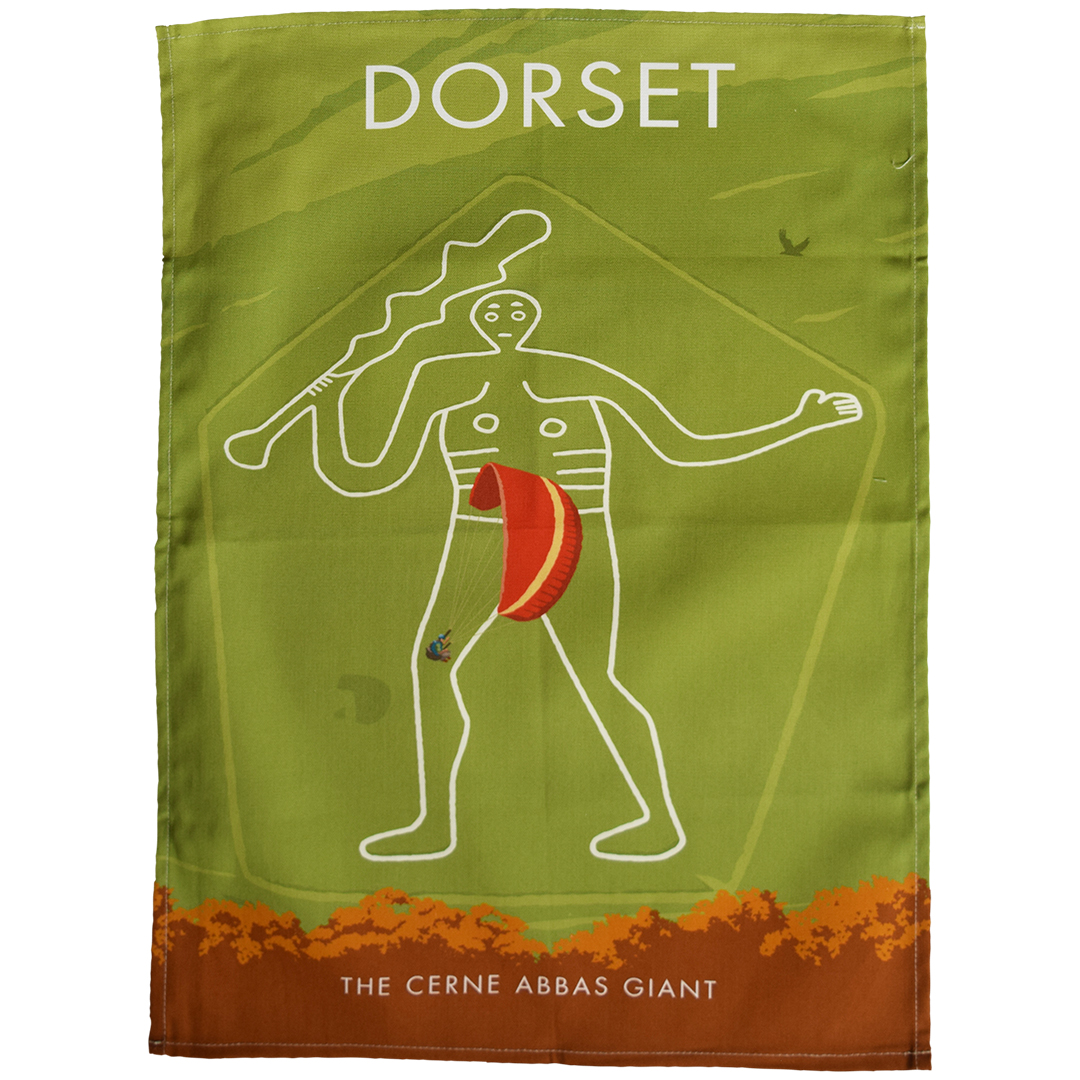 Unlike the National Trust (also quoted in the article), Mr Loder clearly has no appreciation for just how long it took us to get that parachutist guy positioned perfectly, right as we were drawing the image.

Stephen Millership, the eminent artist behind this particular design, confirmed to me that the presence of a paraglider on the Cerne Giant gave him the opportunity to include one of those age-old British cultural peculiarities - a joke.

Personally, I loved this nod to silly British postcard humour. Which is why we included it in our release of over 100 new tea towel designs over the summer.

But it seems that one man's humour is another's "almost sacrilegious" act (in the words of a local resident quoted in the article).

(Gosh - I hope that guy makes it through the rest of the paper in one piece, as there's a lot going on in the world this week!)

Well, to be fair on our critics, we are indeed taking a stance. Not on the propriety of depicting ancient landmarks - show them in their full glory by all means.

Our position is, instead, about an alternative image of this country - contrary to the Britain of anger, culture wars and artistic restriction painted by Chris Loder MP.

For Dad and me, when we started Town Towels, we wanted our tea towels to showcase a positive vision of Britain.

A Britain that's moved on from divisive Brexit debates and instead elevates community, civic engagement, openness.

A Britain where you can make a silly joke about a monument, and have people smile, talk about it and go and visit it, rather than accuse you of being 'disgusting' and dragging you into their culture war agendas.

We're not quite there, but neither is this country "going to the dogs" just yet.

So for now, we'll keep making our tea towels in the UK, and reserve the right to sprinkle a little humour in the designs every now and again.

And while Mr Loder calms down, I'll get that Sun article framed for my kitchen.