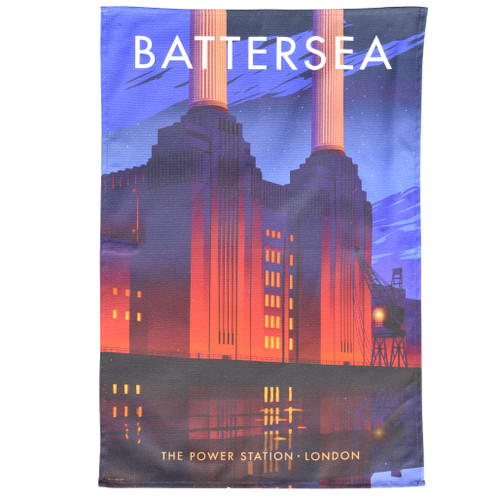 There aren’t many more instantly recognisable buildings across the UK than Battersea Power Station, a decommissioned coal-fired power station. First built with two parallel chimneys in 1929, the iconic four-chimney structure we know today was not added until 1937 to keep up with demand for coal power in the nation’s capital. Today it stands as a national monument symbolising Britain’s industrial heritage. Battersea was decommissioned as a power station in the late 70s, but it has remained a hugely important site in popular culture. Since the construction of its third and fourth chimneys appeared in the Alfred Hitchcock film Sabotage, Battersea Power Station has featured in ‘Doctor Who’, ‘Monty Python’ and even on the cover of a Pink Floyd Album.

Recently the power station has taken on a new life. Having been derelict for many years, a major construction project has sought to transform the old structure into trendy housing overlooking the River Thames. Of course, the iconic four towers at each corner of the building remain as a reminder of the cultural and industrial relevance of the site.

Something to think about when you’re drying your dishes with this stunning tea towel!