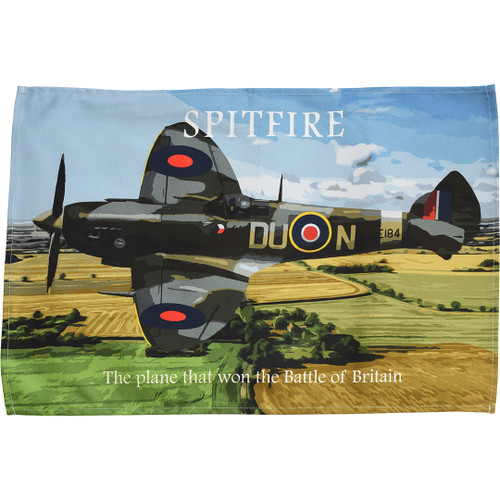 ‘What General Weygand called the ‘Battle of France’ is over. I expect that the Battle of Britain is about to begin.’

By the Summer of 1940, France and the Low Countries had fallen to Nazi Germany, who then turned their attention to Great Britain. Codenamed Operation Sea Lion, the Germans planned to land 160,000 soldiers on the south-east coast of England. But before that, they knew they’d have to gain air superiority. Hence, in July 1940, the Battle of Britain began, with the RAF fighting off Luftwaffe squadrons coming across the sea. And this wasn’t just any other battle: if Britain had lost, they most likely would have lost the whole war, and Britain might’ve been conquered by the Nazis.

There are plenty of reasons given as to how exactly Britain won the Battle of Britain: the advantage of fighting in British air-space; the fact that their excellent radar system alerted them to approaching enemy squadrons; or simply the fact that they were fighting for the survival of their country. But perhaps, most of all, it was Britain’s planes that won it: the workhouse Hawker Hurricane and the legendary Spitfire. Designed in the 1930s, the Spitfire was the RAF’s ultimate weapon during World War Two, and particularly in the Battle of Britain. Its elliptical wings and thin cross-section made it one of the speediest and most agile planes of its time. To this day, the Spitfire remains a quintessential British symbol – there’s even an ale named after it!

This tea towel celebrates the Spitfire and the RAF fighters who gave their lives fighting Nazism in the Battle of Britain. Never was so much owed by so many to so few.