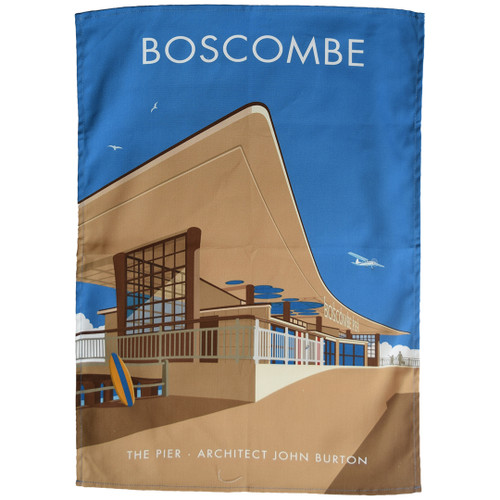 The British have a thing for piers – and as piers go, this one is pretty special. Six hundred feet long, it was first opened in 1889 as a visitor attraction for Victorian seaside-goers. Back then, though, it struggled to rival some of the more famous pleasure piers like those in Brighton and Margate.

It was only after the Second World War that Boscombe and its pier came into their own. Redesigned by John Burton in the early 1960s, the pier enjoyed the booming demand for English seaside holidays. Its mid-century modernist style, characterised by clean simple lines and a lack of ornate embellishments, made it one of the architectural landmarks of the post-war era.

This design showcases the slick modernist style of the pier’s structure. It may have been closed in 1989 due to safety concerns, but since then the pier has undergone multiple restorations. Thousands of people come every year to enjoy the beautiful views of the sea and the thrill of standing above the surge and swell. It was even named Pier of the Year back in 2010! And in 2014, a musical installation was added: a series of chimes playing “I Do Like to be Beside the Seaside”. Go on: indulge your love of the seaside with this stunning tea towel.