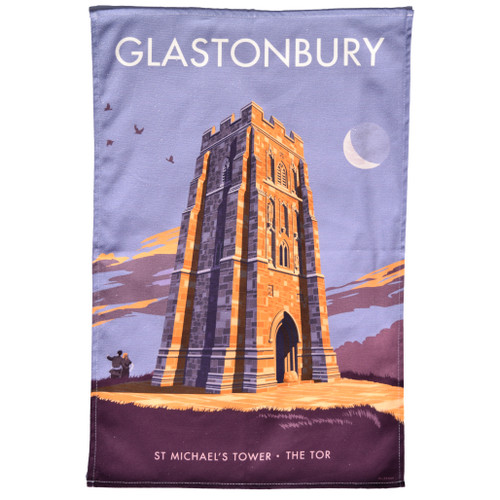 200,000 people descend on Glastonbury nearly every year for the most iconic celebration of music in the world. Yet even after the Pyramid Stage has been dismantled, tents are packed away and hay bales put back, one constant remains: St Michael’s tower on Glastonbury Tor.

Due to the mainly flat surroundings of the Somerset Levels, the tor, which stands 158m above sea level, is visible for miles around. Many have reported it can appear like an island in the sky when viewed from the neighbouring Walton Hill on a misty morning. A mystical sight for a place with such significance in Celtic mythology and the legend of King Arthur. Many archaeological excavations in the 20th century failed to reveal the origin of the first settlement found on the tor yet some discoveries are though to date back to the iron age. St Michael’s tower, which stands today, was erected after a previous wooden church was destroyed in an earthquake – an event so uncharacteristic of the Somerset Levels that its credentials as a place of mythological significance were only reinforced.

This design captures a scene which may not be uppermost in your mind when you mention Glastonbury. A peaceful summer’s evening on the great tor. Yet there is perhaps no better way to experience glorious Glastonbury and its environs, festival season or not.