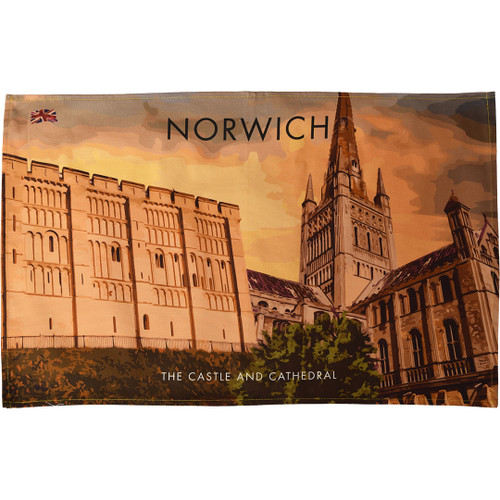 If you’re into your medieval history, then Norwich really is the place to be. Cobbled streets, medieval lanes, ancient buildings, and half-timbered houses: this small East Anglian city has it all. Though the site was originally settled by the Anglo-Saxons, the city came into its own in the centuries following the Norman Conquest of 1066, when Norwich became a key player in England’s booming wool trade. In fact, the city grew so rich from wool exports that it was able to finance the construction of multiple churches across the city: to this day Norwich still has more medieval churches than any other city in Western Europe north of the Alps.

But of all the amazing landmarks in Norwich, the cathedral and the castle are two of the most impressive. Founded in 1067 by William the Conqueror, it was used as a prison for several centuries, though for the last hundred or so years it has housed the Norwich Museum and Art Gallery. The cathedral, meanwhile, was begun in 1096 and is one of the most magnificent examples of Norman architecture in England. A whopping 96 metres tall, the cathedral spire is actually the second tallest in the country, second only to Salisbury Cathedral in Wiltshire.

This stunning design brings together these two epic medieval landmarks: the imposing medieval castle pictured next to the lofty Norman cathedral. The perfect scene to enjoy as you’re drying the dishes!