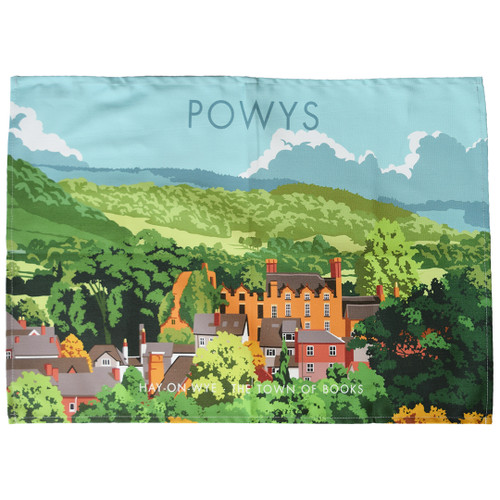 Tucked on the very edge of Wales between the Wye and the Dulas Brook, Hay is known around the whole world as ‘the town of books’. Every year thousands of bibliophiles descend on Hay to see the big names at the Hay Literary Festival. But no visit to Hay is complete without a visit to the ruins of Hay Castle.

Towering over the heart of the town, Hay Castle is a stark memorial to the town’s rich history. Dating back to the late 11th century, the Castle has lived through many turbulent times. Llewelyn the Great, Prince Edward, Simon de Montfort, Owain Glyndwr – they all left their marks on the place as it changed hands again and again. In the 17th century, a Jacobean mansion house was built alongside the medieval keep, complete with seven Dutch dormer gables. The castle then became a private residence, and enjoyed a few hundred years of peace and quiet. But disaster struck again in the 20th century, when multiple fires caused serious damage to the structure. But fear not – it was purchased by the Hay Castle Trust in 2011, and renovations are now underway!

This design shows Hay Castle from across the rooftops of the town. Lush green woodland surrounds Hay on all sides, and the foothills of the Brecon Beacons rise up in the south – a beautiful scene to enjoy as you dry the dishes.