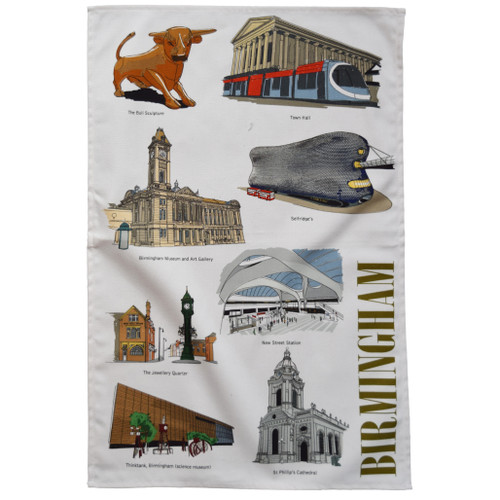 Birmingham is a city that has really come into its own since the turn of the millennium. The city centre has been transformed by the impressive revamp of New Street Station, which has since become the UK’s busiest outside of London, bringing thousands from around the city and beyond. The first thing one sees upon leaving the station is the futuristic Selfridges Building. Its silver disc cladding gives it an unearthly appearance yet it remains an impressive addition to the even more impressive Bullring shopping centre. Guarded by a large bronze bull statue, the shopping centre is truly the commercial heart of the UK’s second city.

Yet despite this modern commercial heart the city has not turned its back on its part in British history. The Jewellery Quarter on the north-western side of the city centre is not as active as in its early 20th century heyday, but still produces as much as 40% of the jewellery made in the UK. Though the industry has declined in Britain, the area has evolved into a space for creative business whilst maintaining its urban edge. St Phillips Cathedral, which was consecrated in 1715, may be the third smallest in the UK but it does not lack in influence. Birmingham has always been a city that has flourished on its religious diversity – from the foundation of Cadbury’s and the Quaker community established in Bourneville in the 1830s, to its incredible ethnic diversity which brings so much flair and character to the city. It is a place filled with pride and certainly lives up to its role as second city. Celebrate that fact, and all things Brummie with this wonderful design.