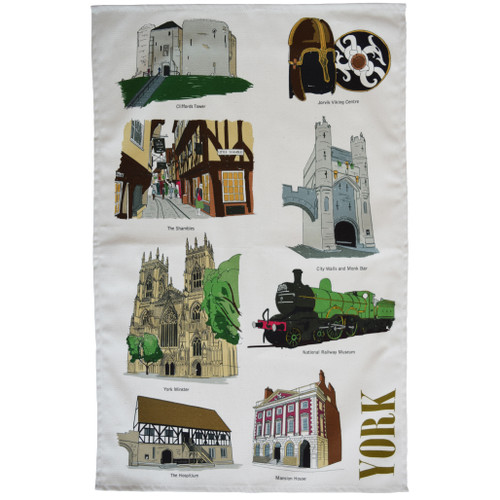 Whilst Leeds might be the biggest and most influential city in God’s Own County of Yorkshire, York is certainly the most historical. Founded by the Romans in 71AD, York became the capital and trading hub of Britannia Inferior, the northern province carved out of Roman Britain. Its 13-foot city walls quite literally put York on the map. Following the collapse of the Roman Empire, York remained a major trading centre for wool, as well as the northern capital of the ecclesiastical province of the Church of England. A title it still holds to this day with the Archbishop of York, the third highest office in the English Church, still occupying the mighty York Minster, the largest cathedral in Northern Europe.

The advent of the railways in the 19th century breathed new life into York which became a major centre for the railway and train manufacturing. Today it may be dwarfed by its northern neighbours, but York is still home to the National Railways Museum which celebrates the past, present and future of innovation on the railways and is the largest museum of its type in Britain.

The Shambles is one of the UK’s most historic (and picturesque) streets with its overhanging timber-framed houses and traditional shopfronts, some dating back to the 14th century. Now it is best known for its role in the Harry Potter films but wandering down it one cannot help being transported right back to the middle ages when the street was once a thriving meat market and commercial centre.