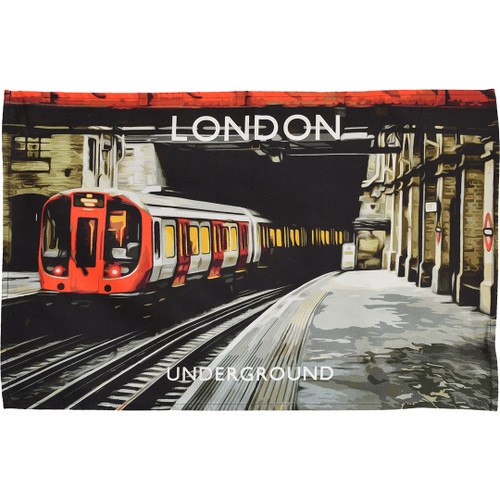 The London Underground has its origins in the Metropolitan Railway which opened in 1863 as the world’s first underground passenger railway. Since then, the network has expanded to 11 lines and 272 stations, with up to five million passenger journeys a day. It’s safe to say that no trip to London is complete without a few rides on the Tube – a nickname it earned because of the circular tube-like tunnels through which the trains travel.

This stunning tea towel shows an iconic red and white Underground train emerging from a tunnel and pulling up to the platform – the perfect gift for a lover of all things London.