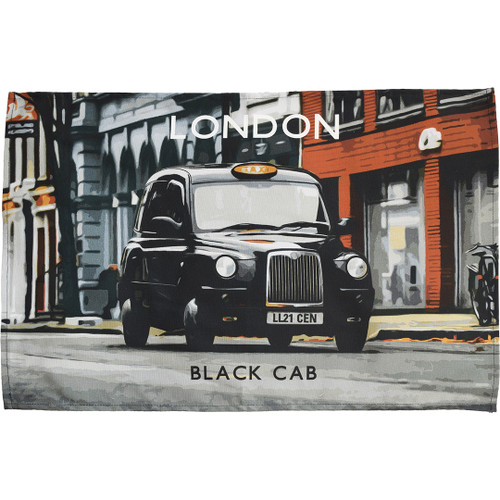 Though the first ‘Hackney Carriages’ were horse-drawn carriages licensed back in the 1600s, the black cabs we’re familiar with today emerged in the years following the Second World War. Though different models have been produced over the years, the distinctive design of the 1958 Austin FX4 has stood the test of time: the black cab looks pretty much the same today as it did back then, with its large front grille and illuminated hire sign.

This tea towel celebrates the heritage and romance of the London Black Cab, chosen by Londoners as their favourite transport design icon in 2015. Go on: add some fun to your kitchen with this classic symbol of London!